There is a water war brewing out West that will decide the fate of 40 million Americans while changing political, social paradigms 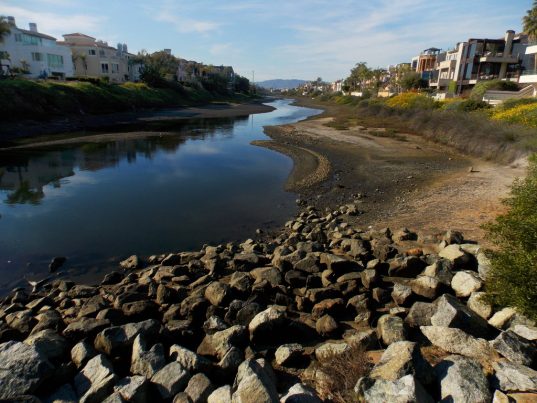 Weather patterns and conditions have been changing for years throughout the American West — no, not due to “human-caused climate change,” but just normal, evolutionary climate change, which has taken place since the birth of our planet.

This has manifested itself mostly in a dearth of snow- and rainfall. Snowpack on various mountain ranges throughout the West that feed into the Colorado River and the largest fresh-water reservoir in the country, Lake Mead — near Las Vegas — has been falling and is now something like 44 percent of what it used to be a decade ago.

As such, water tables and water levels have been falling dramatically, even as the West grows in population. Now, as populations continue to swell, water is becoming more and more scarce.

As Natural News reported in July 2015:

The severe droughts affecting the western United States are approaching apocalyptic proportions as the water level of Lake Mead – America’s largest capacity reservoir – has reached the lowest point in its history.

If you’ve never heard of Lake Mead, it is the water reservoir that feeds Las Vegas, gambling capital of the nation. And its quickly being drained after years of punishing drought that have nothing to do with “global warming” or “man-caused climate change” and everything to do with normal changing patterns of weather.

The situation hasn’t improved. In fact, it’s gotten so bad that a water war of sorts is close to breaking out throughout the West and Southwest.

As reported by Grist, overuse of the Colorado River combined with a decline in snowpack and rainfall has led to growing supply problems that, in Arizona at least, are leading to emergency conservation measures within two years.

The river itself is said to sustain 40 million Americans or one in eight of us. “In the next 40 years,” the site notes, “the region is expected to add at least 10 million people, as the region’s rainfall becomes more erratic.”

And it’s not just human water consumption that’s going to be affected. The West and, in particular, California, is home to millions of acres of farmland. The Golden State, for all its political craziness, does serve some useful purposes, including serving as the nation’s breadbasket, so to speak. (Related: Experts warn that the amount of drugs flushed into our rivers and lakes will increase 65% by 2050.)

Large cities below Lake Mead, which are commonly referred to as the “lower basin,” include Phoenix, Los Angeles, and Las Vegas. They rely primarily on the reservoir for their water. That means they are mostly reliant on what happens in the upper basin, which encompasses snow peaks of Wyoming, Utah, Colorado, and northern New Mexico, which is the source region for the river.

Large water consumers in the upper basin include Denver, Salt Lake City, and Albuquerque, among others.

In recent weeks, tensions are rising after states in the upper basin sent a strongly worded letter to one of the river’s biggest users, the Central Arizona Water Conservation District, or CAWCD, which supplies water to Tucson and Phoenix. The upper basin states accused the utility of manipulating the complex system that governs Lake Mead in order to get more water. The Arizona utility denied the charges.

An upper basin city — Pueblo, Colorado — then pulled out of a regional conservation program, further threatening the spirit of long-term cooperation throughout the Colorado River basin. Denver has threatened to do the same. The quick escalation shows just how fragile the system really is.

As the region grows and water supplies continue to dwindle, it’s easy to see people migrating out in droves. That means major demographic shifts, which are likely to have profound cultural, social, and political shifts.

For some regions, those shifting political and cultural sands will be welcome. For others, not so much.

Read more about the coming water wars at WaterWars.news.

J.D. Heyes is also editor-in-chief of The National Sentinel.