The Nestle business model: Take public water for free, then earn billions selling it to that same public 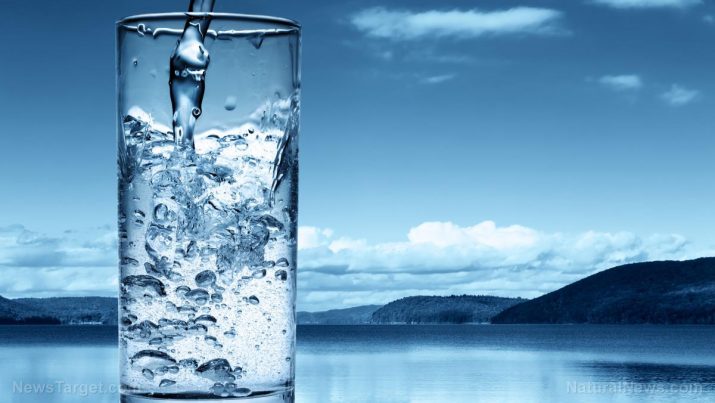 The largest food and beverage company in the world has a dirty little secret: It routinely takes advantage of local municipalities to pump their water from the ground for next to nothing and sells it in bottles to the public at a premium. That company is Nestle, and according to new reports, this little scheme is generating billions of dollars in ill-gotten profits, sometimes even in areas where the local community doesn’t even have their own clean water to drink.

It’s not as though bottled water isn’t in high demand. Millions of people buy it every single day because they know that their local tap water is likely contaminated with chlorine, fluoride, pharmaceutical drugs, pesticides, and various other toxic chemicals that can make them sick. But is it right to allow multinational corporations like Nestle to extract all the clean water from the ground for almost free, only to turn right around and sell it back to the people to whom it originally belonged at a huge margin?

This is exactly what Nestle does with brands like Ice Mountain Natural Spring Water, which comes from natural springs in Michigan – the same state where folks in Flint still don’t have safe drinking water from the tap. Reports indicate that Nestle is often given state incentives to build a new extraction and bottling plant in a given area, and is then allowed to draw water from the ground for a very nominal rate – in some cases as low as $200. Once bottled, packaged, and put on store shelves, this same water contributes to the $7.7 billion in water profits that Nestle garners annually.

“Nestle has come to dominate a controversial industry, spring by spring, often going into economically depressed municipalities with the promise of jobs and new infrastructure in exchange for tax breaks and access to a resource that’s scarce for millions,” explains Bloomberg.

“Where Nestle encounters grass-roots resistance against its industrial-strength guzzling, it deploys lawyers; where it’s welcome, it can push the limits of that hospitality, sometimes with the acquiescence of state and local governments that are too cash-strapped or inept to say no. There are the usual costs of doing business, including transportation, infrastructure, and salaries. But Nestle pays little for the product it bottles – sometimes a municipal rate and other times just a nominal extraction fee.”

For many people, it’s more cost effective to simply purchase a high-quality water filtration system to produce clean water at home, without having to contribute to Nestle’s bottom line. But many others are more than willing to pick up multiple cases of bottled water every time they go to the grocery store for convenience’s sake, which is exactly what companies like Nestle are banking on as they rape and pillage local communities for obscene profits.

What’s worse is when local communities give up even trying to take care of their water systems because most people are buying bottled water anyway. This is what happened when Nestle began selling its “Pure Life” water product in Lahore, Pakistan, back in 1998. Nestle presented its entry into the market as an effort to “provide a safe, quality water solution” to the local community. But what actually happened was that the local infrastructure ended up suffering a fatal blow.

“Twenty years ago, you could go anywhere in Lahore and get a glass of clean tap water for free,” stated Ahmad Rafay Alam, an environmental lawyer from India, to Bloomberg. “Now, everyone drinks bottled water. What Nestle did is use a good marketing scheme to make tap water uncool and dangerous. It’s ubiquitous, like Kleenex. People will say, ‘Give me a bottle of Nestle.'”