Russia claiming ownership of the Arctic, seizing massive energy reserves and occupying the strategic “high ground” of the planet 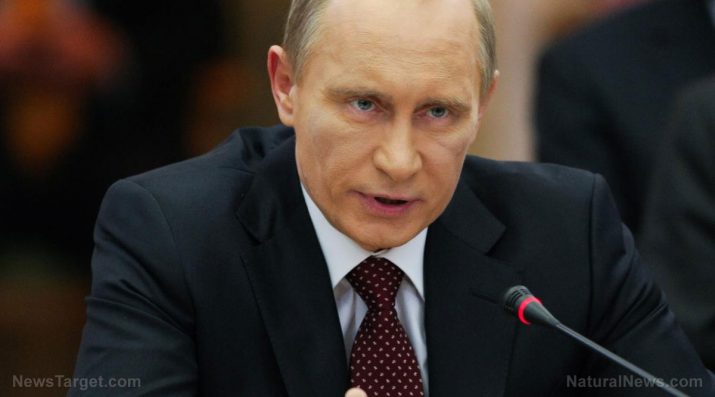 With the rise of radical Islam, North Korea continuing to test intercontinental ballistic missiles, China snatching up territory in the South China Sea, and Russia on the move, it is absolutely critical that the United States puts in the required amount of time and effort to prepare for the worst. This doesn’t mean that the U.S. would crumble like a house of cards if attacked, however. In fact, there’s a good chance that we would be able to effectively defend ourselves against foreign enemies, considering the fact that America has the strongest military in the world. Still, preparation is a must.

This means, among other things, that we should be tapping into as many natural resources as we possibly can to help ensure the safest and most prosperous future for our children and grandchildren. Indeed, if our enemies are able to stock up on tools and resources faster than we are, then the consequences could potentially be catastrophic.

Earlier this month, Russel Read of Circa.com reported on an impending battle between the United States and Russia in the Arctic, of all places, over mineral and energy reserves. The gradual melting of ice in the region has exposed as much as 90 billion barrels of oil, a number equivalent to 5.9 percent of the entire world’s reserves. Unfortunately, it appears that the United States is missing out on this incredible opportunity, as the Russians have us severely outnumbered in the region.

“So the numbers are roughly 40 to 2,” explained Coast Guard commandant Adm. Paul Zukunft in an interview with Circa. Zukunft was referring to the number of U.S. versus Russian icebreaker ships that currently occupy the region. “So if I was playing basketball, those are not good numbers… you are far outnumbered when it comes to having any presence in the Arctic.”

“Russia has claimed most of the Arctic Ocean up to the North Pole,” Zukunft continued. “Which to me looks like they want to deny access to others.” The Coast Guard commandant noted that Russia is in the process of developing ice breaker ships that are capable of carrying cruise missiles, which pose a significant threat to Americans in the region. (Related: Russia just launched a secret military satellite into orbit from its new Arctic base of operations.)

“We have no surface presence really to counter a threat like that,” Zukunft said. “But if we have sovereign interests at stake, we might need to look at an icebreaker of the 21st century that we can retrofit with a modular weapons system so we can at least stand our own ground.”

Tensions between the United States and Russia have slowly been on the rise in recent months, which is odd considering how convinced the left wing mainstream media was that President Trump was colluding with Vladimir Putin. Back in June, for instance, Russia’s Defense Military announced that U.S. planes flying over Syria would be considered a threat west of the Euphrates River. They claimed that the act of shooting down a hostile Syrian warplane violated international law, and made it clear that they would take action if it were to happen again. (Related: Paul Craig Roberts warns that Russia is preparing for a pre-emptive nuclear strike on America.)

Between the growing tension in the Arctic, and the growing tension between the United States and Syria and North Korea, both of which are Russian allies, its almost as if the perfect storm is brewing before our very eyes. Indeed, there may very well come a day when the United States has to defend itself against Russia, which would inevitably lead to massive amounts of death and destruction on both sides. Of course, we hope that it will never come to that, but in the meantime, our leaders should be doing every single thing that they possibly can to prepare.