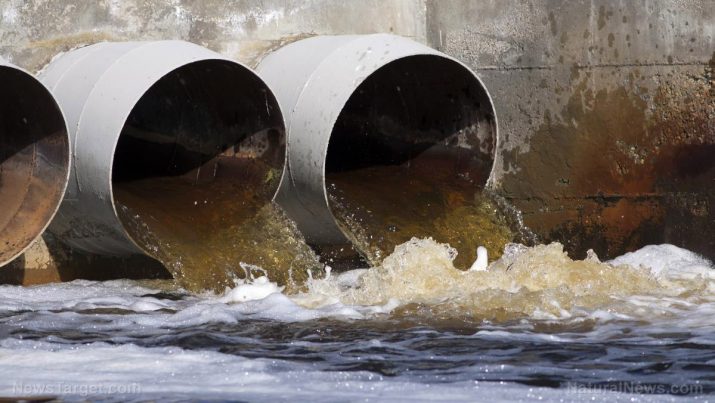 In an effort to mitigate the mounting problem of water pollution in New York City, officials are planning to dump chlorine into the city’s sewers to disinfect wastewater in the pipes before it flows out into bodies of water in Queens and the Bronx. It’s a measure designed and greenlit by the appropriate environmental authorities, namely the city’s Department of Environmental Protection (DEP), and the New York State Department of Environmental Conservation (DEC) respectively. However, the plan has environmentalists up in arms, NYTimes.com reported.

The city has been faced with pollution problems as an estimated 20 billion gallons of untreated sewage flow through the city’s waterways every year. Rains and snowstorms inundate the city’s water treatment system, causing sewage to empty untreated into waterways. It doesn’t take a deluge to trigger the overrun either: According to a report on NewsWeek.com, even a fraction of an inch of rainfall can cause the discharge of polluted rainwater and raw sewage into outfalls around the city.

DEP has tried to deal with the problem by installing various infrastructure that “detain[s] or retain[s] stormwater runoff through capture and controlled release, infiltration into the ground, vegetative uptake, and evapotranspiration thereby reducing the need for end-of-pipe stormwater storage and treatment systems.”

The city has previously invested in retention tanks that collect rainwater and release it in a slow, controlled manner. They have also been installing curbside gardens to help soak up the rainfall and prevent overflowing of the treatment systems.

Chlorinating the sewage before it empties out into the waterways is the city’s latest effort in dealing with the problem, which exposes many residents to pathogens from fecal coliform. Budgets and space have already been allocated to build facilities in three waterways, specifically Alley Creek and Flushing Creek in Queens, and the Hutchinson River in the Bronx.

However, environmental advocates are expressing their concerns over what they say is a “worrisome” and “unproven” method, arguing that chlorination does not completely and effectively disinfect the sewage, and only kills the wildlife and destroys their habitats. It also stands in the way of water quality testing. “It’s like they’re grabbing the last straw and using the cheapest and least effective method,” Sean Dixon said in the NYTimes.com report. Dixon is a staff lawyer at Riverkeeper, a group that advocates for the protection of the Hudson River and its tributaries.

At the same time, Timothy Eaton, a hydrologist at the School of Earth an Environmental Sciences at Queens College, pointed out that using chlorine to disinfect water in controlled environments such as swimming pools is very different from using it in sewage, explaining that fluctuating volumes of sewage flow makes the dechlorination process all the more complicated and leads to residual chlorine. The chlorination plan will also not remove floating debris from the runoff.

Despite being used to reduce health risks from pathogen exposure, chlorine may be the very thing that harms one’s health. According to the New York State Department of Health, chlorine exposure can cause a variety of symptoms, including airway irritation, difficulty breathing, cough, eye irritation, and skin irritation. At the same time, breathing high levels of chlorine can cause pulmonary edema, a condition in which fluid builds up in the lungs.

As efforts are underway to carry out DEP’s sewage chlorination plan, environmentalists refuse to back down. An alliance of local environmental organizations has expressed their intention to sue the United States Environmental Protection Agency (EPA) for failing to uphold the federal Clean Water Act by allowing the water quality in New York City to degrade.