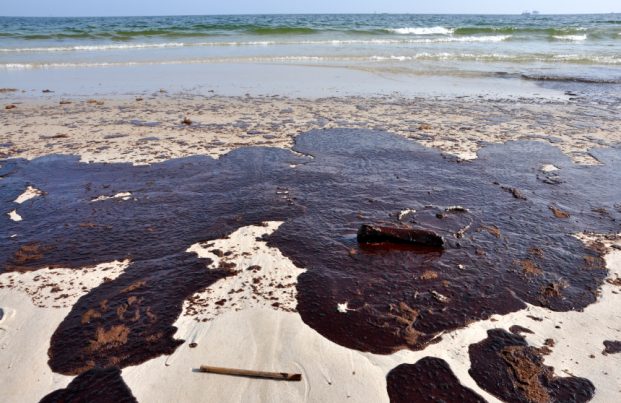 A recent study revealed that the 2010 BP Deepwater Horizon oil spill, touted as the largest oil spill in the U.S. history, has caused more than $17.2 billion in damages. The oil drilling rig Deepwater Horizon operating off the Gulf of Mexico exploded and sank on April 20, 2010, which resulted in the death of 11 workers and the release of up to 134 million gallons of crude oil in the ocean. This resulted in extensive ocean pollution, which soiled beaches, destroyed marshes, and killed birds and marine life.

As part of the study, the research team conducted face-to-face interviews with 3,656 randomly selected adults. The team also interviewed an additional 1,492 individuals by mail or by phone. The interviews tackled various topics such as the Gulf’s natural resources prior to the oil spill, oil spill-related injuries to the Gulf, and how much people were willing to pay to prevent it from reoccurring. The respondents were then randomly assigned to either a smaller or larger sets of Gulf injuries, and varying tax amounts for prevention initiatives.

The study revealed that an average household was willing to pay as much as $153 as a one-time tax to prevent another oil spill from happening. Multiplying this figure to the number of representative households, the researchers have come up with damage estimates of up to $17.2 billion.

“The results were eye-opening in that we could tell how much people really value marine resources and ecosystems. And even more meaningful because we did additional analysis that proved the legitimacy of oft-criticized values for environmental resources…Our estimate can guide policy makers and the oil industry in determining not only how much should be spent on restoration efforts for the Deepwater spill, but also how much should be invested to protect against damages that could result from future oil spills. People value our natural resources, so it’s worth taking major actions to prevent future catastrophes and correct past mistakes,” said researcher Kevin Boyle in an article in ScienceDaily.com.

The research team also came up with a proposed oil spill prevention plan in the survey. The plan suggested creating a relief well that would intersect the original well, and would pump concrete at a very high pressure to inhibit a well blowout. “Effective policy decisions frequently require knowing the implicit economic value that people place on goods and services not normally bought and sold in the marketplace. These range from the value of time spent in traffic congestion and security lines to the value of providing outdoor recreation opportunities or reducing risks from exposure to toxic chemicals. This study made major advances in developing techniques for measuring these values, including improved ways of presenting information about complex ecosystems to people, and enhancing the statistical reliability of estimating people’s willingness to pay for nonmarket goods and services,” researcher Richard Carson added in another article in UCSDNews.UCSD.edu.

The lasting effects of the worst oil spill in U.S. history

The 2010 oil spill has caused extensive damage to both the environment and the marine life. According to the research team, the oil spill killed as many as 80 million young fish, and about a third of snails and worms that live near the well. The study estimated that the number of fishes could be replenished in a year, but the number of worms and snails would only reach normal levels after 10 years. The oil spill has also caused the deaths of some 50,000 birds, the study showed. (Related: Read more news about the environment by following Environ.news).

The researchers also found that 8,000 young sea turtles and 120 bottlenose dolphins have died in the oil spill. The number of both species were expected to go back to normal within 20 years. In addition, parts of 120 deep water corals died, which will take 300 years to recover. The oil spill greatly affected around 185 miles of marshlands, and resulted in 10 million fewer visits to the beach, the researchers added.

The findings were published in the journal Science.