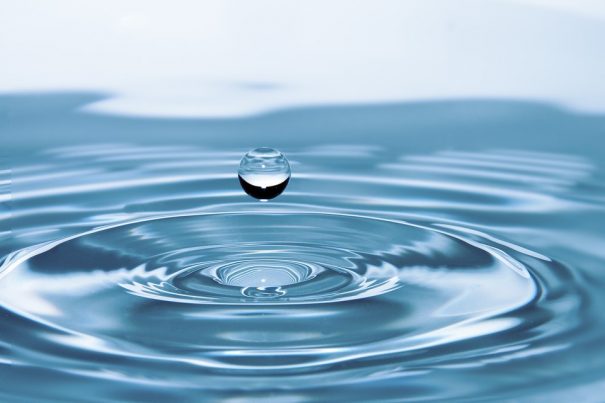 One of the major problems currently facing the Earth is water scarcity. Around one fifth of the global population lives in an area where water is scarce, while a further 1.6 billion people live in areas that lack the infrastructure needed to bring water to them from aquifers and rivers. In fact, UN Water reports that the use of water around the world has been growing at more than double the population growth rate during the last century, which means that future generations could well find themselves without this precious resource.

One Iranian architecture firm has come up with a novel solution to the problem of water scarcity and uncomfortable living conditions in hot, arid locations. Their local environment faces a number of challenges, including low precipitation and a high evaporation rate that is more than three times the global average. One of the biggest problems in this and many other areas is capturing what little rain does fall before it evaporates.

The innovative design by BMDESIGN Studio places a bowl-shaped funnel on top of a domed roof that collects water when it does rain and brings it down through the bowl and into cooling reservoirs that are situated between the walls of the dwelling below. The roof’s concave design allows the rain drops to flow right off of it with ease, where they can then coalesce with other drops to make drops that are big enough to harvest. Meanwhile, space has been created between the double roofs to accommodate wind circulation and create some shade.

The people living inside the homes will note cooler indoor temperatures thanks to the reservoir placed between the walls of the buildings, which will provide passive cooling of the interiors and lower the overall carbon footprint. Early tests of the roofs indicated an efficiency level of 60 percent; only 9,935 square feet of concave roof can harvest 989 cubic feet of water. While these figures are very promising, the designers are looking for ways to boost its efficiency even further.

The roofs are part of an overall site design that features sunken buildings and courtyards placed around atriums to promote circulation and a sense of community, while a set of wind towers will serve to funnel fresh air right into the buildings. This could prove to be a useful model for the future when water becomes an even scarcer resource.

Last year, the World Bank issued a warning that the growing demand would exacerbate water shortages across much of Asia and Africa, leading to mass migration and conflict. According to their projections, some cities could note a drop in water availability of as much as two thirds, which would have an impact on food production as well as public health, and even household incomes as people are forced to pay more money for the basic necessity.

Their report said that using water more efficiently could make a big difference in the areas that are threatened by water shortage, with sound policies for managing water potentially adding more than 11 percent to central Asian countries’ GDPs.

Designs like the clever concave roofs that BMDESIGN Studio came up with could help mitigate this growing crisis if they are able to be produced on a mass scale. Some people are already harvesting rainwater on a smaller scale at home to water their gardens, depending on their local regulations. Some areas inexplicably do not allow this, while others are implementing laws that encourage harvesting rainwater via tax incentives or even require it. Many Americans take clean water for granted. While the recent drought in California brought some attention to the issue of water scarcity here in the U.S., there still needs to be a higher level of consciousness if we want to make real progress toward preserving this life-sustaining resource.